What is the conditioned medium?

From 1990ｓ many researchers have been performing the basic experiments and the clinical trials in the field of regenerative medicine . They attempted to repair sever organ injuries by the stem cell transplantation as a main strategy which is called “ stem cell therapy “. A huge number of papers have been published that demonstrated the abundant therapeutic potential of stem cell transplantation , however many issues must be still investigated before stem cell can be considered as a potential “ off the shelf “ treatment. Factors such as the type of stem cell, viability and purity of stem cell, and donor variability are all poorly understood. The timing of stem cell therapy is also relevant , with pre-clinical studies to date generally focused on early cell delivery . A concern regarding delivery is that during intravenous administration due to the risk of cell clumping into micro emboli, an obstruction of pulmonary circulation could occur. The long-term effects of stem cell administration should also be considered with a concern that stem cell could potentially enhance tumorigenesis either by direct malignancy transforming or indirectly by facilitating growth of tumor cells, although studies suggest that this quite unlikely. Frozen cells are often used in studied, as this is necessary for cell transport to clinical site. In contrast , the majority of preclinical studies use freshly harvested cells. The optimizing of cryopreservation strategies for stem cells that maintain cell viability, potency, and efficacy is an important translational challenge. 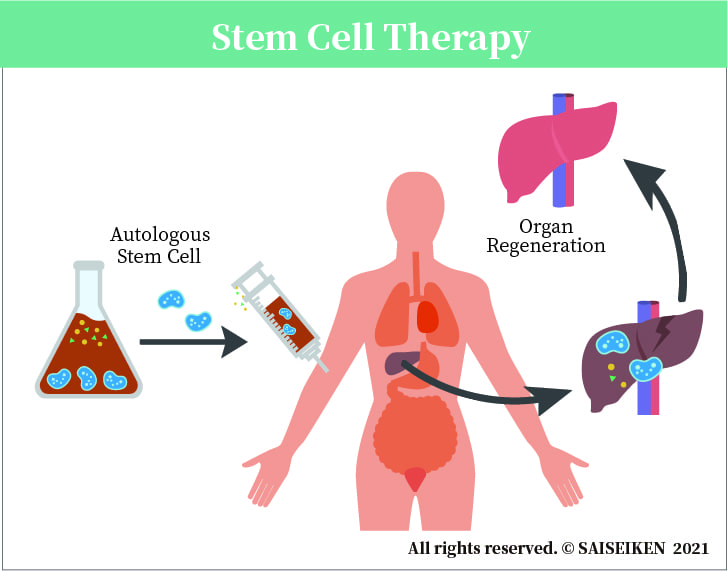 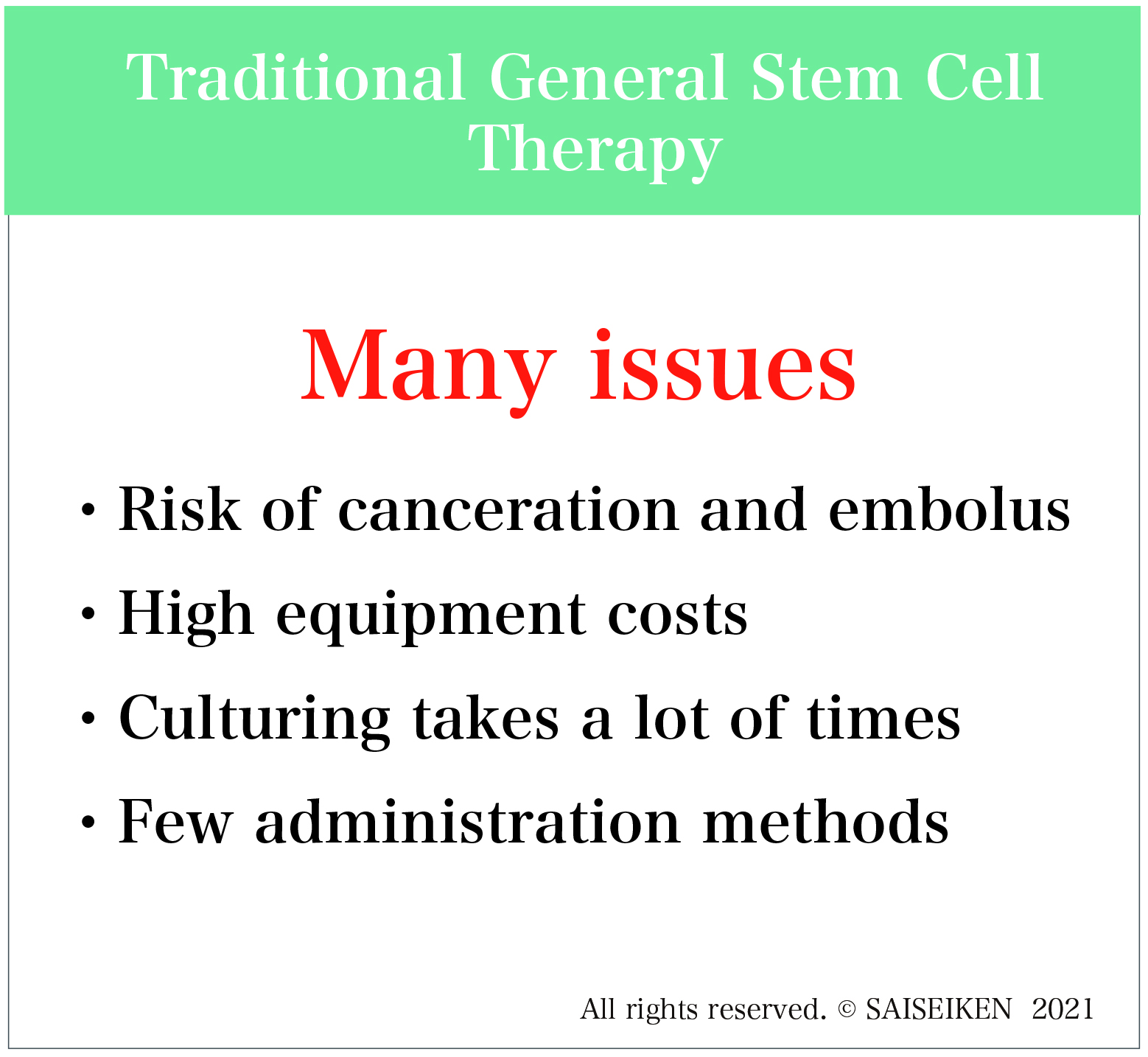 As showed in this figure, general stem cell therapy is a therapy to treat a disease by administrating cultured stem cell of many bone marrow or fat tissue to human body by implantation with syringes or intravenous infusion to bring the stem cell to the affected organs of patients. Several types of efficacy of the stem cell therapy for several disease including neurodegenerative disease are being identified.

This is a therapy many people are drawing attention to world wide as well as the research progress of iPS cell invented in Japan, and that is provided its medical effect to many disease by many medical article. However, the medical technique is quite different from the general stem cell therapy. 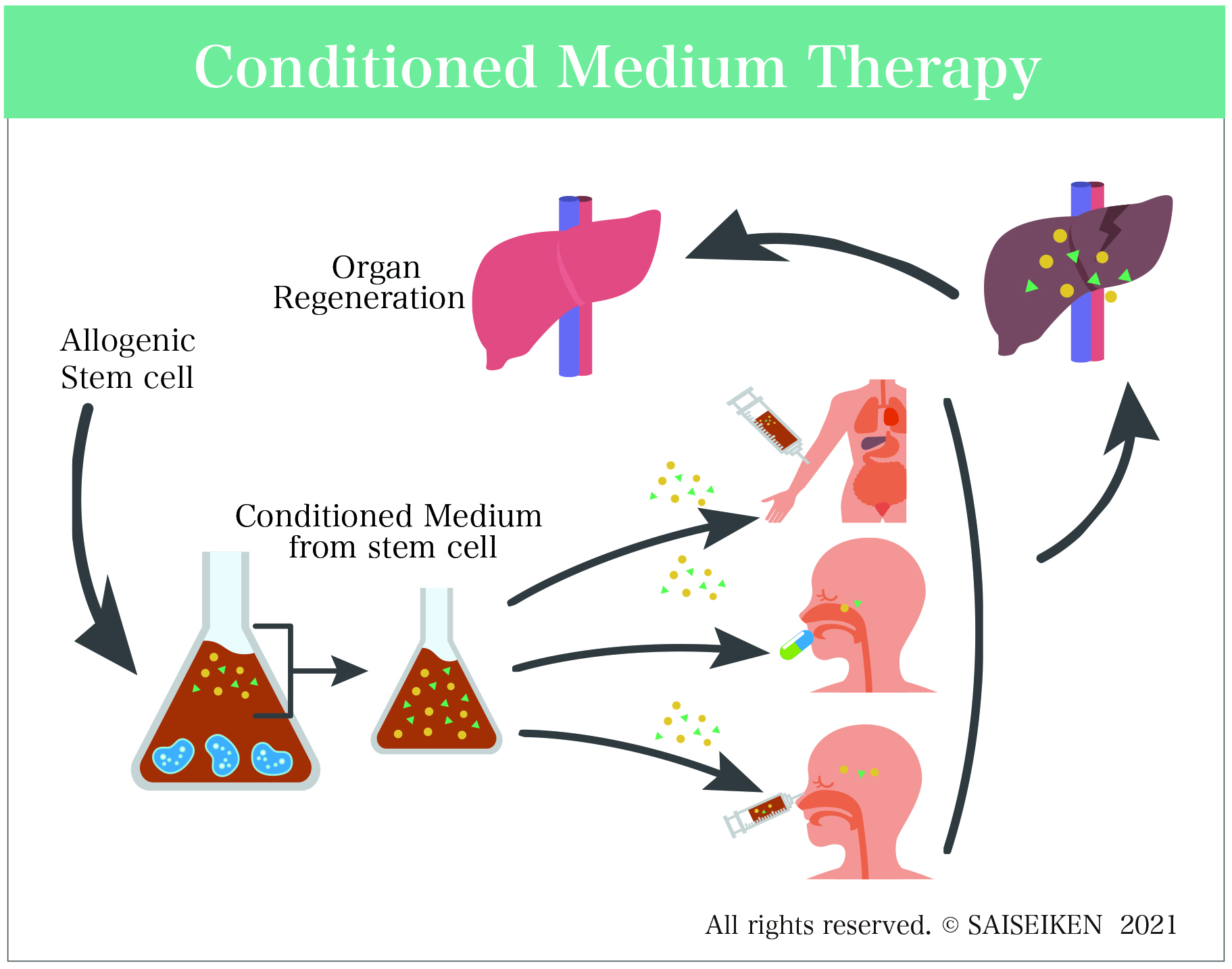 While people in the world are researching “ mere “ stem cell therapy , we focused on the Conditioned Medium(CM) derived from stem cell by our original approach. That is, this is a therapy by approaching affected part using “ clear layer in a liquid acquired in a process of culturing stem cells. The reason why we thought of this therapy is that our research of the condition after the stem cell researches affected organ showed “ the numbers of stem cells transplanted and the regenerated cells does not have a correlation, and the stem cell transplanted were not remained, which means the stem cells died very soon of rejection by immunity or scarcity of blood supply. Those facts led a hypothesis that the effect of the stem cell therapy is not the stem cell itself but physiological active substance secreted by the stem cell, that is the conditioned medium. This hypothesis accelerated our commitment to this research. As our prediction, administration of only the CM showed the same therapy effect with the traditional stem cell therapy. ( This effect is clear from the data I will explain later ). In addition, while having the same level of effect as stem cell therapy, there are various advantages such as followed : Because it do not handle itself the stem cell itself, there is less risk of “ canceration” and “ embolus “ it is overwhelmingly safe. Because mass production is possible without culturing cells, equipment costs associated with production are low , and because it can be formulated as powder by freeze-drying process, management costs/transplantation costs are low, and subsequently, the entire costs are overwhelmingly low. A wide variety of administration methods are available including nasal administration shown in the video, oral and transpulmonary administration. As can been seen from the chart, this CM therapy has great potential. 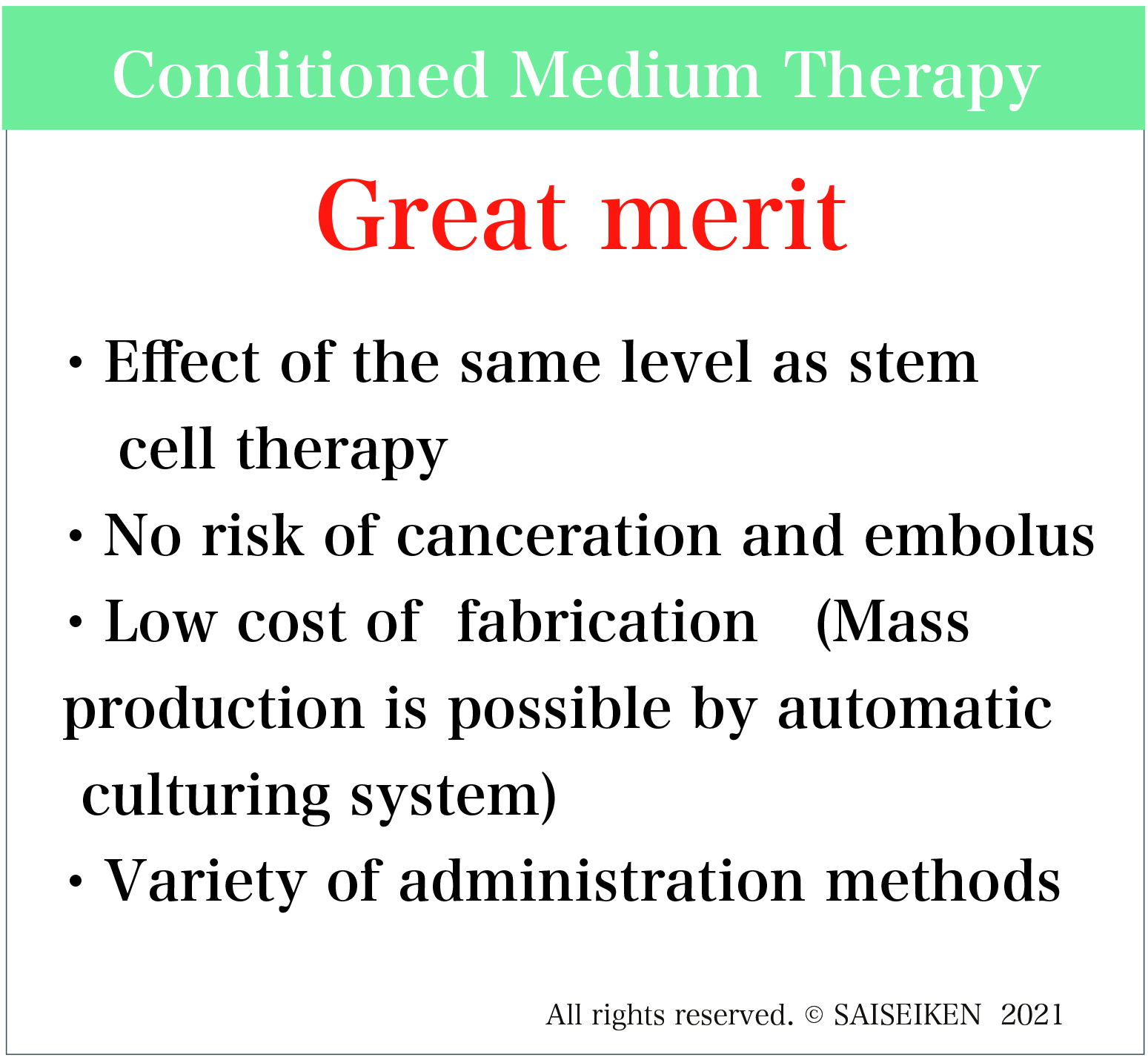 Our medical technique has been devised to be 2 inventions, such as 1. conditioned medium and 2. dental pulp stem cell to bring dramatic effects on various neurodegenerative disease, self immune allergic disease and other serious disease including cancer and COVID-19, which are much safer , effective and less expensive treatment than the traditional stem cell therapy. We used the stem cell from human exfoliated deciduous teeth (SHED) for production the conditioned medium which is a member of Mesenchymal Stem Cell ( MSC ). including Bone Marrow (BM) umbilical cord (UC ) and adipose tissue (AD ) , have already shown therapeutic efficacy in preclinical models and exhibited safety clinically in number of phase I trials. Among the series of CMs , SHED derived Conditioned Mediun(SHEDCM) showed the best performance in the therapeutic effect on neurodegenerative disease such as Alzheimer’s ( I will demonstrate it later) . This was based on my insight that “ deciduous teeth” have the same cell properties as central nervous system. Deciduous teeth pulp has the same origin, neural crest in the infant stage so it can differentiate neuron, oligodendrocyte and astrocyte. 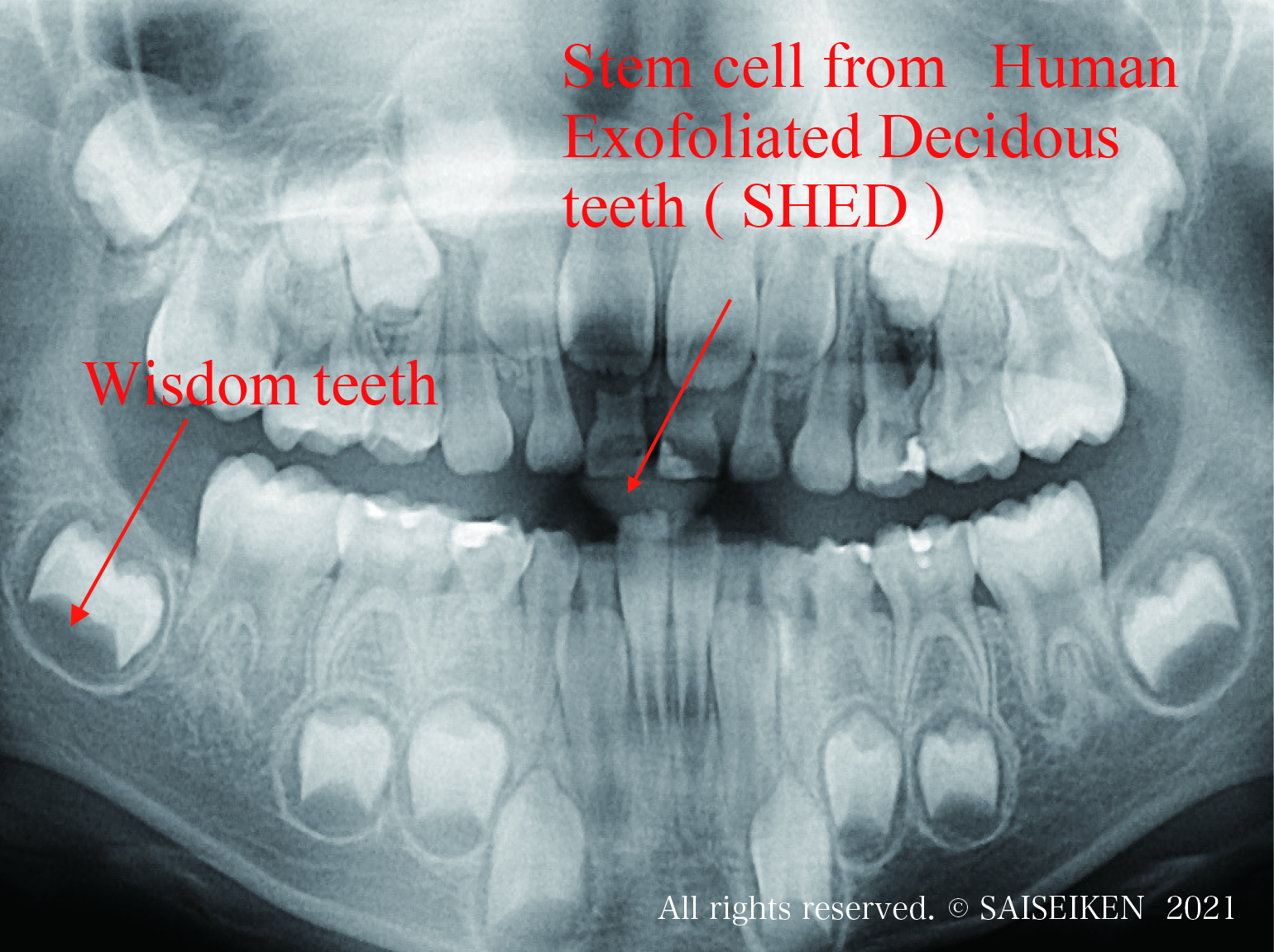 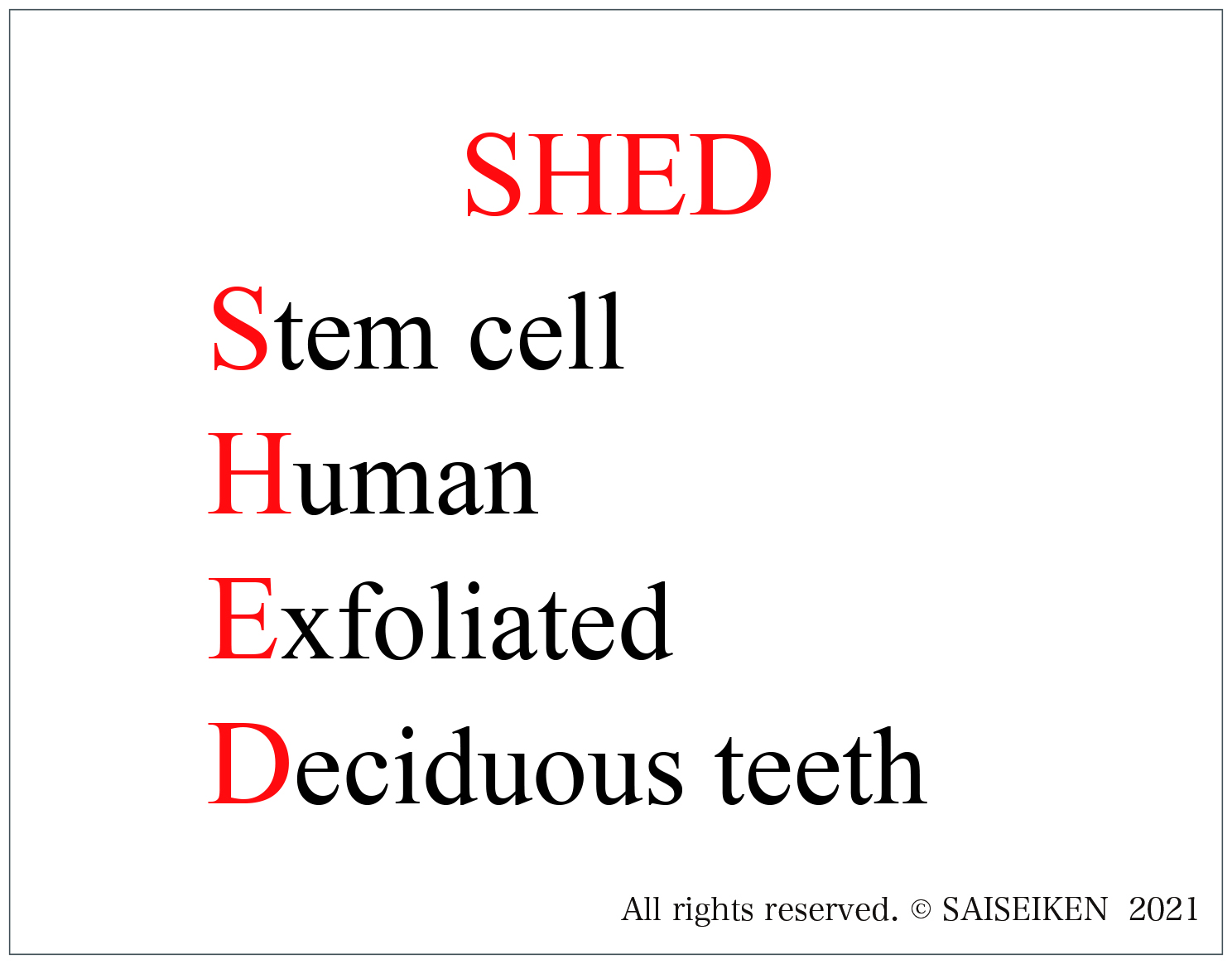 In addition we have developed a unique tool that enable nasal administration to avoid Blood-Brain-Barrier(BBB) , which is a barrier that exist between the brain and blood so that substances do not easily enter the brain. As shown in the video and image show in next page, I have proceeded to establish a treatment method that meets the unmet medical needs of neurodegenerative disease such as Alzheimer’s disease , stroke by direct delivering the SHEDCM to the brain. SHEDCM can directly enter into the brain through olfactory especially into Hippocampus which is a memory center having r elation to Alzheimer’s disease. 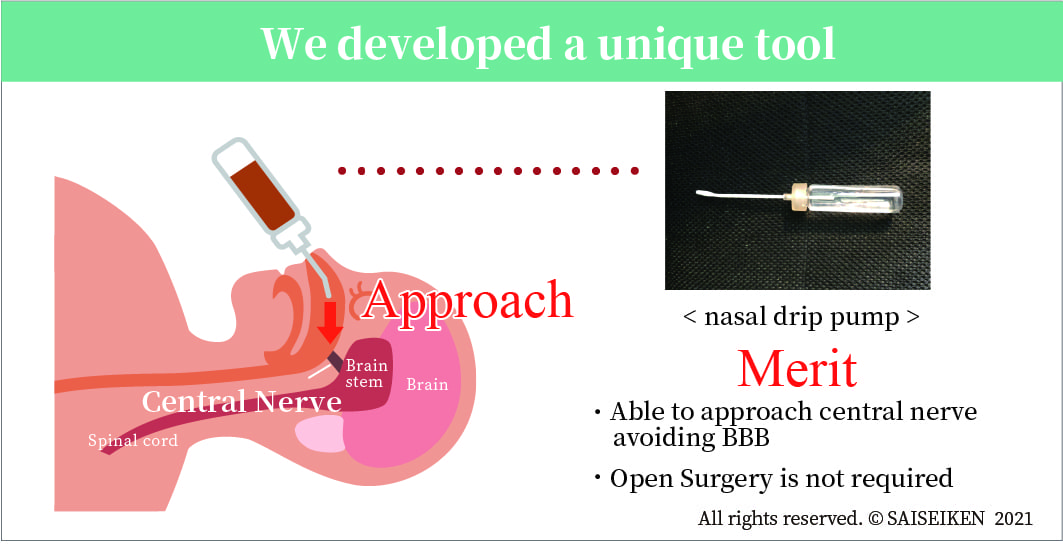 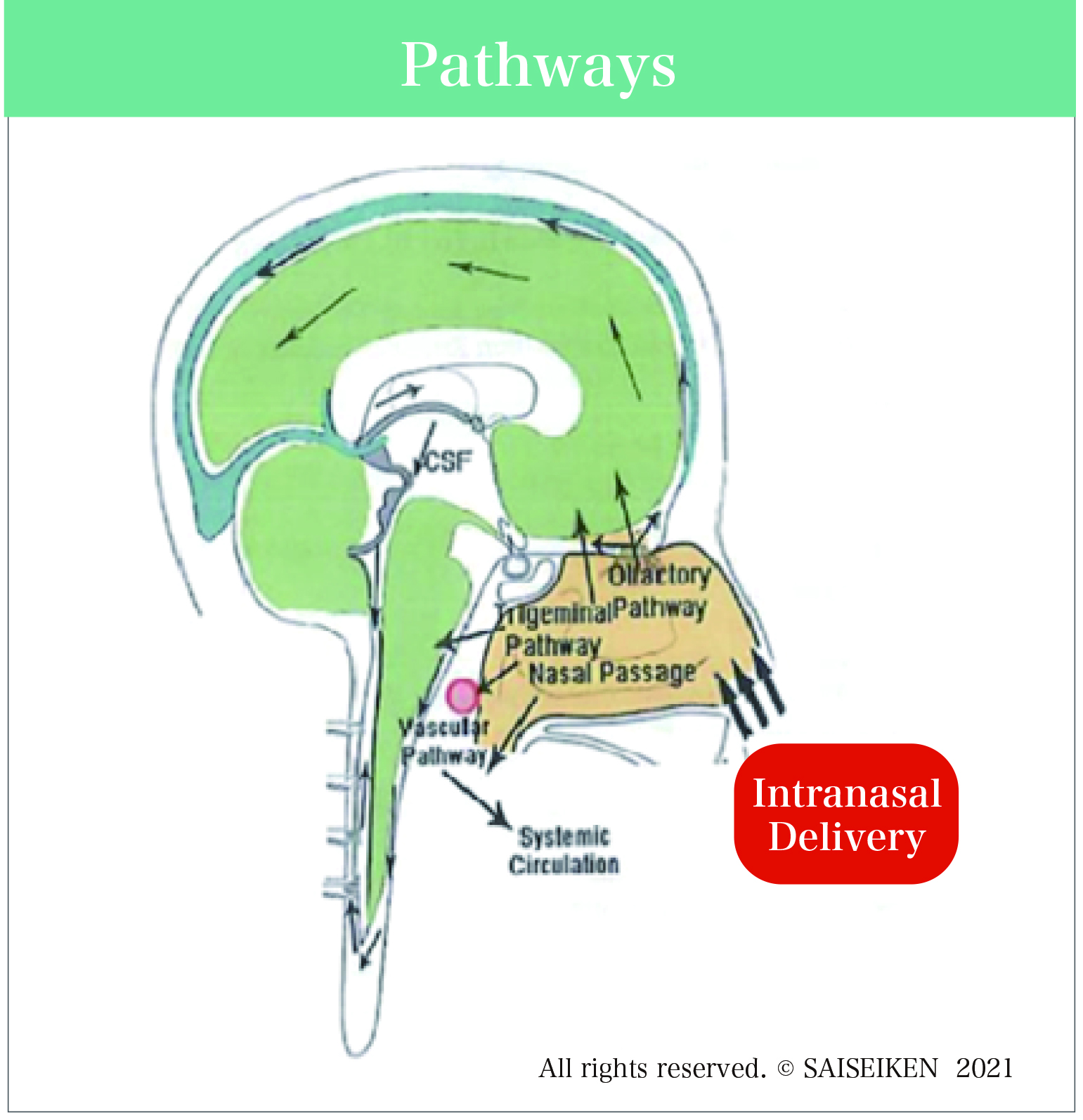 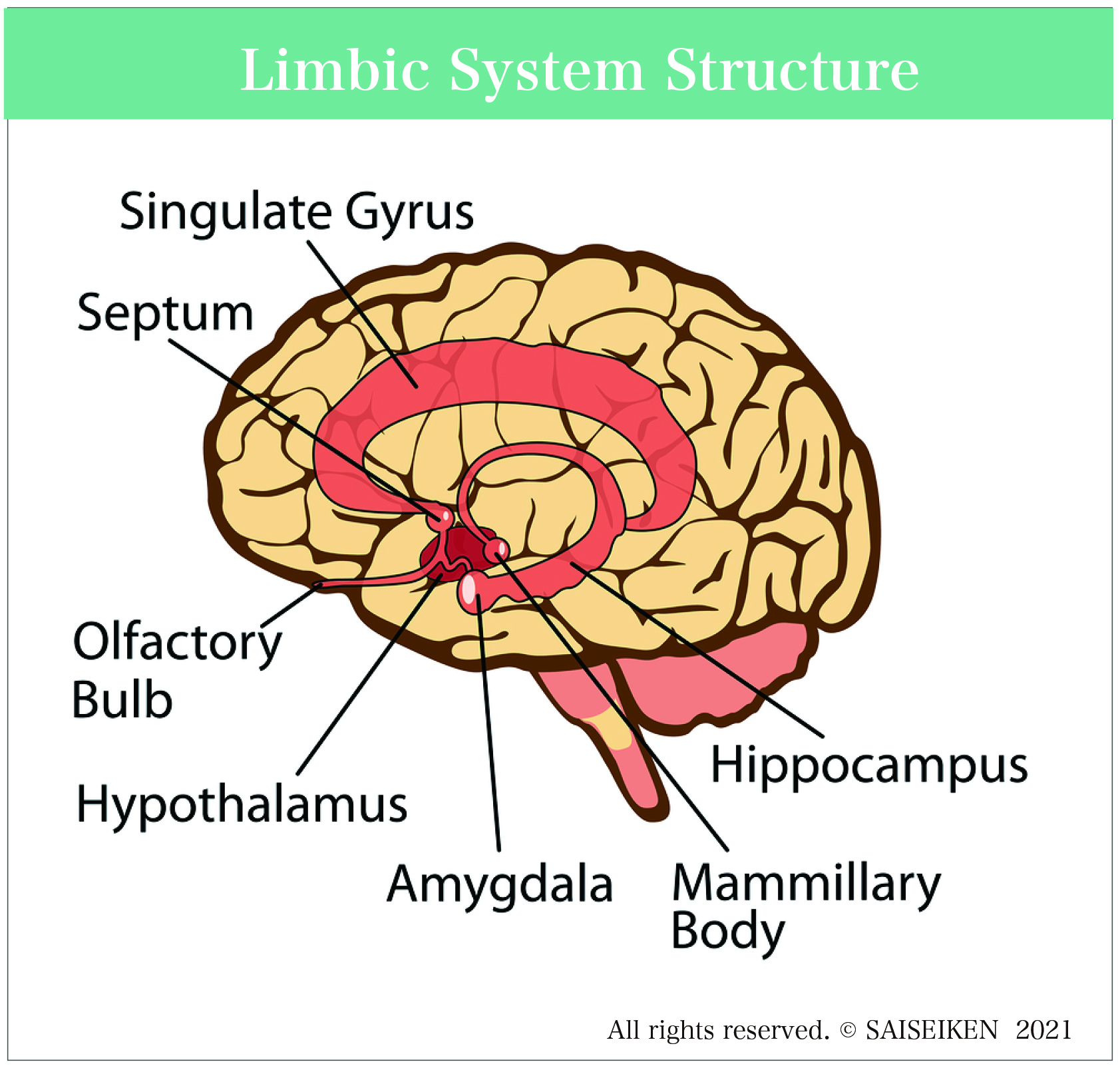 Here is a summary of “ conditioned medium therapy compared with traditional stem cell therapy . As I describe in this chart the conditioned medium therapy has a lot of advantages compared to the stem cell therapy, such as risk , cost , fabrication time and administration method, while the effect of both therapy is almost equal as described in this chart. In an ideal clinical scenario the stem cell related therapy will constitute a readily available, off the shelf product, with reliable, reproducible effects, that can be tailored to the condition and patient being treated, at an affordable price. In all aspects we are not far from this reality, the conditioned medium therapy can overcome to fulfil the criteria of an “ ideal medicine “, which open the new window in the field of regenerative medicine.